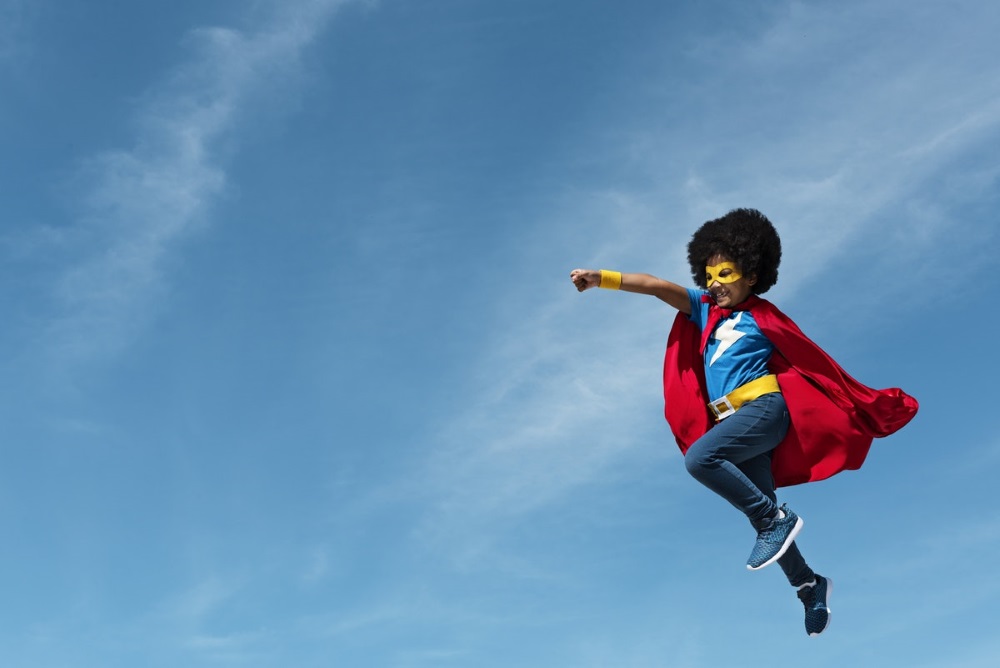 Children’s literature is packed full of inspiring and empowering female characters. We were spoiled for choice when we started compiling this list, and it’s by no means exhaustive, but here are five of our favourites:

Roald Dahl’s Matilda is the ultimate book worm. Quiet, clever and brave, by the time she starts school she has already travelled the world through all the books she’s read. But she’s also no stranger to a bit of mischief, and that’s why we love her. Her ultimate triumph against the terrifying Miss Trunchbull just goes to show that you can do anything you want to if you put your mind to it…

Holly is a young adventurer who idolises her explorer dad, stands up to bullies and takes on the toughest of challenges. She’s also very relatable and makes a fantastic role model for boys and girls alike. She gets scared and she needs her mum, but at the end of the day she faces her fears and triumphs over them.

Polly is the little girl next door, ordinary but oh so extraordinary (just look at her real name!). She’s fun, loyal and ever positive in the face of horrid Mr Gum and his evil ways. Never known to give up, she’s the ultimate team player, working with her friends Friday O’Leary, Alan Taylor and Jake the Dog to save the town of Lamonic Bibber time and time again.

Julia Donaldson’s Princess Pearl is the ultimate fairy tale heroine, literally escaping the traditional stereotype when she refuses to be rescued from the dragon’s lair. Instead she chooses female empowerment, trains herself as a doctor and recruits Zog and Sir Gadabout to her flying doctors business venture, challenging every assumption they (and we) may have made at the start of the story.

Budding scientist Matilda stops at nothing when she takes on the establishment in her quest for justice and gender equality. Dismayed by the story of her Granny Joss’s long overlooked scientific achievements, she travels all the way across a continent, to the Nobel Prize ceremony in Stockholm, to stand up for what she believes in, - and in the process single-handedly empowers female scientists the world over.